The young people who assembled at the Woodstock music festival in August 1969 epitomized the countercultural movements and changes occurring in U.S. society at the time. One commentator described the three-day event as “an open, classless society of music, sex, drugs, love and peace.”

The “open” display of these activities at Woodstock was a direct challenge to the relatively conservative social views of the time. Fifty years later, Gallup offers a rundown of the major ways U.S. norms have changed.

Americans’ attachment to religion was steady at a high level from the 1950s to the mid-1960s, as measured by the percentage of Americans saying religion was very important to them. But this was followed by a sharp drop in religiosity spanning the Woodstock era.

Gallup did not measure religiosity in 1969, but its two measures bracketing Woodstock, taken in 1965 and 1978, show this was a period of sharp decline. The percentage describing religion as very important to them fell from 70% to 52%.

Reported church membership and church attendance declined more gradually between the 1960s and 1970s, but both figures have dropped precipitously in the past 15 years.

Some of the most transformational changes since the Woodstock era relate to racial tolerance, particularly interracial marriage.

In 1968, 20% of Americans said they approved of marriage between blacks and whites. That figure rose to 87% by 2013, Gallup’s most recent measure. However, as Gallup has discussed previously, widespread acceptance for interracial marriage was long in coming, with majority approval first recorded in 1997.

Americans’ views on abortion in certain specific circumstances have not changed as much. Both in 1969 and 2018, majorities of U.S. adults supported legalized abortion when the mother’s health would be endangered or when the child would be born with serious medical problems.

5. Americans Have Become Willing to Vote for a Woman for President:

Women were just starting to break through higher education’s glass ceiling in 1969, as Princeton and Yale admitted women for the first time. Several other Ivy League schools didn’t follow suit for years.

This is the cultural context within which barely half of Americans in 1969 said they would support their party’s nominee for a “generally well-qualified person for president” if that nominee were a woman, although that was itself an improvement from 33% in 1937. Today, Americans’ expressed willingness to support a woman for president is nearly universal, at 94%.

6. Willingness to Vote for a Black President Has Grown:

A number of political movements in the 1960s — demand for reproductive rights, demand for women’s equality and concerns about global population growth — may have contributed to a decline in Americans’ preference for large families between the late 1960s and early 1970s, spanning Woodstock.

In 1967, fully seven in 10 Americans said that having three or more children per family was ideal. In Gallup’s next measure in 1971, that figure had dropped to 52% — and by 1977, it was at 36%. After bottoming out at 28% in later years, Americans’ preference for large families has since increased to 41% but is still not at the level it was before Woodstock.

The expectation that couples wait until marriage to consummate their relationship may have been so entrenched in U.S. social norms that Gallup didn’t poll on the issue until 1973. Even then, less than half of Americans (43%) supported premarital sex, saying it was not wrong for people to have “sex relations before marriage.” Today, that figure is 71%.

In 1974, five years after Woodstock, a majority of U.S. women (60%) said in a poll conducted by the Roper Organization that given a choice, they would rather “stay at home and take care of the house and family” than “have a job outside the home.” Roper updates later that decade found women more evenly divided on the question. Three years ago, Gallup found a slight majority of women preferring to work outside the home.

Gallup has no measures of support for gay rights from the 1960s — the first measure was in 1977. But since then, there has been a sea change in Americans’ views on the issue, no doubt reflecting an even greater change since the Woodstock era.

The percentage of Americans saying gay or lesbian relations between consenting adults should be legal has risen from 43% in 1977 to 73% today.

Woodstock wasn’t so much a catalyst for change as a signal that it was coming. The Vietnam War, the women’s and civil rights movements, the environmental movement, medical advances in birth control and the proliferation of household television are just some of the factors that contributed to social change in the 1960s. Woodstock was, however, symptomatic of major societal changes underfoot.

Gallup trends indicate that in 1969 the majority of Americans were very religious, disapproved of premarital sex and frowned on interracial marriage. Half opposed first-trimester abortions, and many likely thought gay relations should be illegal. Additionally, bias against women and blacks who might run for president was pervasive, and a majority of women preferred to be homemakers rather than work outside the home.

Americans’ stances have since changed on all of these matters, in some cases markedly so. However, except for the decline in religiosity and preference for smaller families, these changes didn’t happen abruptly after Woodstock, but evolved over several decades.

In retrospect, social change may have been inevitable from a generational perspective, as the youth of Woodstock are now the youngest cohort of senior citizens, meaning most of American society today is composed of the Woodstock generation and its progeny. 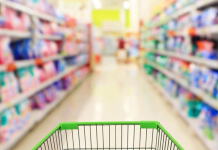 How Are Supermarkets Taking Responsibility For Ending Human Suffering In Their Food? 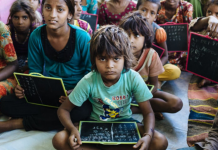 How Are Supermarkets Taking Responsibility For Ending Human Suffering In Their...