A long time ago, there was debate around a roaring bonfire.

The air was as cold as ice that it sent cold shivers down any man’s spine.

Around that fire, twelve men were seated, six on each side and the judge between them.

The debate was about the innocent versus the guilty.

As the debate heated up, so did that roaring fire, but no one could conclude, not even the judge.

The judgement was dead-locked in the situation.

What if the innocent were sent to prison and the guilty were set free?

But what if the guilty are innocent and the innocent are guilty, then what?

The judge pondered it for three days but couldn’t resolve that dilemma.

Finally, the judge left but he was no closer to solving that dilemma.  Do you think that he got what he wanted in the end? And what happened to those twelve people? 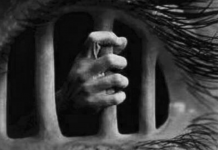