After World War II, the process of decolonization of the African continent gathered momentum as Africans increasingly agitated for more political rights and independence. While in some parts of the continent colonial powers reluctantly and grudgingly relinquished power, in other parts African people launched protracted struggles against the recalcitrant colonial regimes. Thus, between 1945 and 1965 a significant number of African countries gained independence from European colonial powers. Ghana became the first African country south of the Sahara to gain independence on 6 March 1957. Its independence served an inspiration to other African countries struggling against colonial rule and as a result Ghana occupied a central role in the struggle against colonial rule.

Just over a year after its independence Ghana, under the leadership Kwame Nkrumah, convened the first Conference of Independent African States on 15 April 1958. Amongst those countries that attended were Ghana, Ethiopia, Sudan, Liberia, Libya, Morocco and Tunisia. There were also representatives of the National Liberation Front of Algeria and the Union of Cameroonian Peoples. It is worth noting that there were only eight African countries,who were independent at this time. The conference was an unequivocal assertion of Africa’s rejection of colonial and imperialist domination of the continent. It became the first Pan African conference to be held on the continent bringing together various African countries. Furthermore, the conference became a collective platform from which African countries sought to cooperate in the struggle against colonialism.

To further encourage and forge a common goal of fighting against colonial rule, the conference called for the observance of African Freedom Day once a year, to mark “the onward progress of the liberation movement, and to symbolize the determination of the People of Africa to free themselves from foreign domination and exploitation.” Consequently, 15 April was enacted as African Freedom Day (or Africa Liberation Day), and this marked the beginning of what would later be known as Africa Day.

Subsequent to the April conference another conference, the All Africa People’s Conference (AAPC) was held on 8-13 December 1958 in Accra Ghana. The AAPC was attended by both independent and non-independent countries, representatives of liberation movements. From South Africa, the African National Congress (ANC) could not formally attend as the organisation as it was prevented by the apartheid government from doing so. However, a memorandum was sent to the conference. Alfred Hutchinson, a member of the ANC in the Transvaal and 1956 Treason Trialist, who left the country without a passport after his acquittal, attended the AAPC on behalf of the ANC. Also in attendance was Patrick Duncan, then a member of the Liberal Party of South Africa (LPSA). Duncan later joined the Pan Africanist Congress (PAC).

From 1959 to 1963 African Liberation Day was celebrated in Ethiopia, South Africa, Ghana and by African people in Britain, China, Soviet Union and the United States (US). Other conferences were held in January 1960 in Tunisia followed by another one in Egypt in March 1961. As more African countries became independent, the need for an organisation that would articulate aspirations of African people and their struggle arose. Consequently on 25 May 1963, leaders of 32 African nations converged in Ethiopia‘s capital Addis Ababa and formed the Organization of African Unity (OAU).

The organization agreed to have an annual assembly of heads of state, a council of ministers, a general secretariat and a commission of mediation, conciliation and arbitration. Perhaps, more importantly the OAU supported the struggle for liberation in Southern African through the OAU Liberation Committee. Both the ANC and PAC received support in the struggle against apartheid from the OAU through this committee.

Amongst other things agreed to at the formation of the OAU was to change the date of Africa Freedom Day from 15 April to 25 May. As a consequence of the change African nations celebrate Africa Day on this date. After the first democratic election in 1994, South Africa joined the OAU on 23 May 1994. Another significant development connected to this date was the replacement of the OAU 38 years after its formation by the African Union (AU) on 25 May 2001.Courtesy of: https://www.sahistory.org.za/article/history-africa-day-25-may 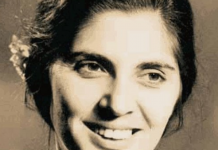 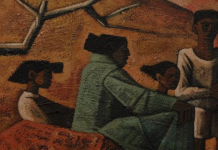 The Art of Peter Clarke 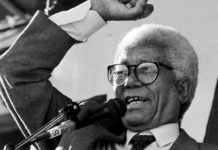