Home Health Behind The Scenes

And then there were six:

Having chickenpox as a child is “cool” when you and your siblings or friends simultaneously. You proudly display and compare the pimples on your body and feel like a superhero when you are “worse” than them. You walk around covered in calamine lotion looking like apocalypse zombies, and it’s fun when you see how “scary” you all are. What you don’t see is your parent tirelessly working behind the scenes, washing bedding, taking temperatures, administering medication, and walking around ensuring everyone gets through the illness with as little harm as possible.

It’s a trying time for a parent, and each day feels longer than 24 hours.

Recently, I have experienced a type of “level 5 lockdown” with 6 members of my family, including myself having Covid.

My mom was rushed to the hospital because her oxygen levels were not good. Seeing her lying on the stretcher, tiny and vulnerable, made me cry inside because I feared she would not make it back home. The odds were against her. She is old, has co-morbidities, couldn’t walk and was too weak and needed help to breathe. I cried as I prayed, feeling both hopeful and hopeless. I did not want her to suffer, so I asked God, that if this was her time, to let her “go” without the suffering.

Then my brother tested positive, and my 6-year-old granddaughter, then my children and finally me. Who would look after us, go to the shops to get food, get medication and so forth?

It would have to be the family members who weren’t as “badly stricken” with the virus duty to look after the others.

The first day passed in a blur, with all of us nearly passed out on our respective beds, hoping that death would not come knocking. I can’t recall what we ate that night (I was too focused on my mom being in hospital). Then came the medication that we took like soldiers lined up to receive ammunition. We spoke briefly to each other but kept reassuring one another with “I love you’s.”

The morning consisted of swallowing countless tablets (primarily vitamins) and checking oxygen levels a few times a day, followed by breathing exercises. It seemed that just as we finished, so the entire cycle would be repeated for the evening.

The house couldn’t remain dirty, and it was up to all of us to painstakingly sanitize the areas we occupied. Due to my mother’s hospitalization, I was in constant contact with a social worker who was not only giving me updates about my mom but concerned about how we were coping at home.

In my wildest dreams, it never occurred to me that all of us would have Covid simultaneously. I had always imagined a “neatness” to the disease, one or two of us sick at a time, not all. Nighttime was the worst, with hacking coughs resonating through the silence; first one, then one by one, would follow as if on cue.

I can’t say that I slept for more than two hours at a time because my phone was constantly going off with messages from family members and friends seeking daily updates about my mom’s health. I couldn’t switch it off for fear that the doctors would not be able to reach me. They were kind enough to contact me every day to tell me how my mom was doing.

My only complaint was that there wasn’t a specific time, so I had the phone close to me 24/7.

Once I heard from the hospital, it was back to my health, the kids and my granddaughter. It seemed as if we never had enough hands to do what needed to be done in the house.

Before becoming ill, we had just moved into a new place, so boxes remained unpacked, waiting for us to open them and arrange the contents. We were beyond exhausted. Moving is tiring enough, and if you add a virus that renders you incapable of breathing normally, it becomes a near-impossible task.

Recovery was slow, and we were tired, but we had no choice but to soldier on.

On day 3, we were told my mom would be home the next day, so we set about sanitizing her room yet again and ensuring everything was in place. Our prayers that night were filled with gratitude that she was alive and had “recovered.”

The day arrived, and I received a call from the doctor telling me that my mom would not be discharged, as we were told, but would be transferred to a hospital that specialized in Covid. I was devastated! I cried in the privacy of my bedroom before delivering the news to my family. We were all upset but tried to put on brave faces for my granddaughter.

Then my son had to rush my brother to the hospital as his oxygen levels had dropped. By that time, my granddaughter started panicking because 2 family members were no longer in the house. She was confused and frightened!

It was hours before my son returned with my brother. Yes, he had Covid, but his blood pressure was dangerously high. They gave him medication for a few days.

We all looked at each other, and tears of relief, illness and exhaustion filled our eyes. That night we slept more soundly than before.

The next few days passed in a blur of waking up, medicating, bathing, cleaning, waiting for updates about my mom’s condition and hoping and praying all of us would make it out alive.

10 draining days later, we were “Covid -free.” We looked at each other, battle-weary grateful to be alive. My mom was discharged 4 days after that.

This experience has given me newfound respect, not only for health care workers but for caregivers and people who look after the sick and vulnerable of our society.

My deep appreciation goes out to those that voluntarily look after others. I had 10 days of it, and I was anxious and exhausted.

Hats off to you all, who look after those in our communities that require extra care!

You are critical for humanity to survive and thrive. 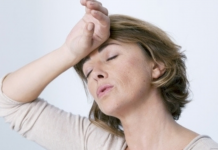 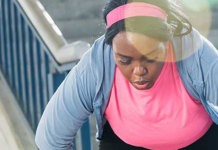 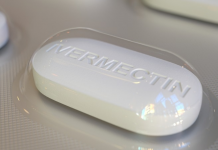 Angels Walk Among Us

Recovery Is Not A Walk In The Park