Humans are suspicious by nature and will tear into someone who spreads love much as they did to Jesus years ago.

Our visions are so skewed that we have become suspicious of love or anyone spreading love. People look for an angle when you spread love. And of course, people spreading love are viewed with suspicion and immediately placed under a microscope so others can see the imperfect person that they are.

How strange life has become that the message of hate spreads faster than a runaway fire. People follow haters and relish and wallow in that hate like a pig in mud.

Has hate become our new love?

It would seem that way. We need only glance at the news channels, check out social media and listen to the gossip at the get-togethers to realize that people feed off hate.

And the ones spreading love are treated as aliens.

First world countries invade and exploit what they consider lesser countries, not by love but murder and mayhem. Greed is the motivational factor that drives the hate until whatever love there was is destroyed, annihilated. It’s only when there is nothing left that a little voice can be heard saying it’s wrong. The damage is already done but there’s no regret from haters.

Does Trump have insomnia thinking about those little children violently separated from their parents to be thrown in detention centres? Of course, he doesn’t. As long as his family is thriving, and his young son protected that’s all that matters.

Does the Queen of England spare a thought for those people who died mining the jewels she wears so proudly in her crown? Does she wonder what happened to the families of those miners? Of course not, but she cares about her son who is under the spotlight of an investigation because of his predilection for underage girls.

The same happens on social media. Haters can destroy and assassinate the character of someone they know nothing about until that person commits suicide but do, they care? No, they care only when it is their children or partners being bullied.

Is this what our lives have become?

Is this how we end up destroying ourselves?

I have to ask because soon there won’t be any person to hate then what happens next do they turn on their children, their partners?

It takes a special person to spread love as quickly as they spread hate. People lie. We all do. Some lies, however, are so egregious it leaves the person spreading lies looking on dispassionately with hate-filled eyes while the one spreading love lies bleeding love until they are no more.

Love is patient, love is kind. It does not envy, it does not boast, it is not proud. It is not rude, it is not self-seeking, it is not easily angered, it keeps no record of wrongs. Love does not delight in evil but rejoices with the truth. 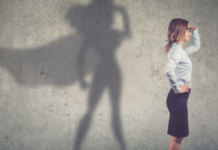 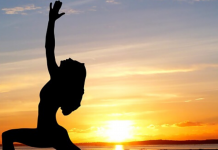