The Eye of the Storm:

What I thought was the end of the storm was merely the beginning.

We have been drifting for 450 days now; in what can best be described as “Limbo.” Endless days, looking for ways to refuel to continue the journey towards the new life promised to us.

Sadly, on our journey, we lost a few crew members but have had to hurriedly move on so as not to get caught up in the eye of the storm. There’s been no time to grieve, to mull over what they were like because we hastily had to resume our travels.

There has been no respite but a constant battle against the enemy as we travel through the wave of waves. I fear the “wave” we are currently in is the worst, but upon reflection, I felt that way about every wave coming for us, overwhelming us with what often feels like too much. The only way to survive this is to put my head down and hold on tight, much like a bird does during a storm.

We have now hit midstorm, and it has been rocky. We are all battle-weary and stressed about the days again. Food and water are scarce and flimsy shelters that we have seen pop up, being demolished by the powers that rule the world.

Are we the “chosen” ones or merely the ones, who until thus far, have survived? Not that we are out of the woods yet, so, technically we can’t call ourselves survivors yet, because we are dealing with it one day at a time.

I don’t want to show the others that I am anxious, that I lie awake hoping, praying for an end to all of this. My thoughts often feel like vehicles driving on the Autobahn, fast, with no respite-swirling around in my head, jumping from one place to another, often as fast as lightning, and just as devastating and relentless!

It’s early morning, and most people are asleep, so the world feels peaceful until the noise starts. This time we can’t avoid the storm but are required to face it head-on. If I had known from day one that I would be required to “buckle down” for more than 450 days, psychologically, I would not have made it, so there is a type of bliss in ignorance, but only in this instance.

I am exhausted, and it’s so much more than just physical, but I soldier on!

One day I hope to wake up with the sun shining on the world and with no hint of impending disaster.

One day I hope to wake up and read these logs, and hopefully, it will feel like a dream or a war won, depending on my mental state at the time. For now, though, I put my shoulders back, brace myself as we enter the eye of the storm. 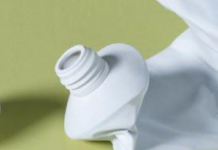 The Trouble With Toothpaste