The belief that has swept society for a while is that you have to be a certain way when you’re a victim. We believe victims of violence when they look “pure.”

Our idea of purity is “challenged” when the victim is loud, sassy, a drug addict or, last but certainly not least, a sex worker.

When a victim of domestic violence wants to lay charges at a police station, it seems as if “certain criteria” must be met before they are likely to be assisted.

The victim must be timid, crying, of sober mind, dressed appropriately (preferably if it’s a female, she must be wearing a long dress (as if she is Amish) (no offence to them) that barely reveals her ankles. There must be no make-up worn, no profanities emanating from their mouth, and no indication that they are in any way, shape or form less than pure. When it’s a woman, she should also not have the type of body “designed” to instil lust in a man. (Even if she is still a child).

We are found guilty by the way we look:

The Netflix movie: Believe me: The abduction of Lisa McVey. It is a true story of how 17-year-old Lisa was abducted and raped by serial killer Bobby Joe Long. It showed how, after 26 hours, she managed to escape by convincing him that she was the only caregiver of her seriously ill grandfather.

Her ordeal is compounded by the police ignoring her while she tries to tell them what had happened. She recounted her nightmare and was then “dismissed” as simply a runaway, drug addict or someone looking for attention. After hours of waiting, being ignored and hungry, one police officer finally believes her and thus follows the dramatic tale of how she left fingerprints and clues at Long’s place to help the police catch him.

They (the police) wasted valuable time and re-traumatized Lisa by not believing her story. The problem was that Lisa didn’t look like a “typical” or ideal victim.

Who decides how “victims” of violence look?

I can’t help but wonder how many other women were turned away in similar situations or how many perpetrators are free because their victims were not believable.

We are deemed innocent by the way we look:

I have been watching, with particular interest, the Johnny Depp/ Amber Heard trial. I started following the case when he was suing the British tabloid; The Sun. Johnny Depp looked bloated and drawn compared to Amber Heard, who looked refreshed and beautiful. But to me, something was off! It could have been the smile that never reached her eyes or the “wide-eyed innocent,” “butter wouldn’t melt in her mouth” look. She was the most “perfect victim,” based on how we, as a society, think victims should look.

It reminded me of the story Goldilocks and the three bears. I recall, as a child, being outraged when Goldilocks ate the little bear’s porridge. Now that I am older, I realize that these stories influence our psyche in ways we don’t even know.

Goldilocks should have been arrested and charged with breaking and entering and larceny. She had no right to enter a stranger’s house, mess in their food, eat their porridge and compound her entitlement by sleeping on their beds, then fleeing the “scene of the crime.” At least, in a “just” and fair world, that should have happened. Instead, we are conditioned, to pity her and vilify the poor bears who suffered a home invasion, theft and probably, as a result, felt violated. This story is biased in so many ways.

If Lisa McVey and Johnny Depp, who are white, are hard to believe because they don’t fit into our images of innocence, then how much harder would it be for people like the late George Floyd or a Black woman that isn’t as “innocent-looking as Goldilocks?

It’s hard for me to believe that justice is blind when the people tasked with safety and security first need to “see” the victim, and based on those glances, the idea of not “looking” like a victim comes to the fore.

Unless we, as a society continue to question our biases, we will always be re-victimizing people by doubting their experiences based on their “look” and being lenient on those criminals that look and act like Goldilocks. 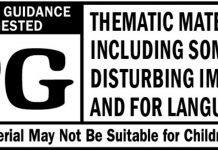