So, you invent something brilliant that you believe will save man from some or other malady!  You approach a patent attorney, who promptly advises you to register your invention in the obligatory 138 countries, so whoever produces it (your widget) in future will have to pay you substantial royalties. It’s that simple, or is it? What are the global economic and financial ramifications of the intellectual property laws on the companies or countries that wish to produce your lifesaving widget?

So here’s what happens, whilst poor and rich or developed countries both have access to your widget, it is the “poorer” country that pays more for it, and here’s why:

The “poorer” country is used (read exploited) as the manufacturing arm of your organisation based on the way the WTO, World Trade Organisation has set up the rules of what is known as economic engagement.

The economic realities of so-called “globalisation” (the cheapest way to produce products regardless of the human misery costs) compel the shareholders of the “mother “company to seek out the most cost-effective means of production at the fastest rates!  The products are marketed and sold at “first world “rates as if they “were produced” in developed countries. The wording “manufactured under licence “is a dead giveaway for this shell game.

Turning a blind eye to the working conditions of the actual people who produce your widget in some faraway third-world country- convinced by the capitalist and corporate-owned media that “jobs “are “important”- are manufactured at a phenomenal rate. Even the people who produce the products aren’t offered a discount for them. Does this not seem to be massively counterintuitive?

The other issue is that your widget is probably desperately needed in the communities in which they are made – as opposed to where the bank sits that receives the profits of your work for quick disbursement to gluttonous shareholders anxiously waiting to buy another place in the Hamptons.

The profits and dividends of the cheap labour of the third-world folk are remitted with robotic regularity to other climes, waiting to be re-invested into other ventures, just like the one that produces your widget.

One of the primary reasons the products are so expensive is because you need to be paid a monthly or annualised “retainer” stipend- or shall we say dividend, for the rest of your natural days on God’s good earth. This is because you happened to have a good idea! If you think this is normal or okay, consider any job, vocation or instance in human endeavours that rewards you in perpetuity?

Sadly, the “people in the third-world” maintain their “standard” of poverty, regardless of how hard they work or how many of your widgets they manufacture.

That my dear readers is one of the primary ways that poverty is built into the global system of extractive, heterotopian, patriarchal, white supremacist, patrimonial, megalomaniacal, feral neo-capitalism!

As Noam Chomsky so succinctly counselled.

“The smart way to keep people passive and obedient is to limit the spectrum of acceptable opinions, but allow very lively debate within that spectrum – even encourage the more critical and dissident views. That gives people the sense that there’s free thinking going on, while all the time the presuppositions of the system are being reinforced by the limits put on the range of the debate”

What Is Socially Acceptable In The USA, but Would Be Horrifying in Russia 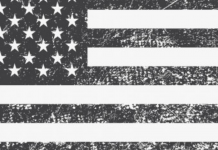 The Unravelling of America

The Curse of Sisyphus