Home Opinions I Have A Question

When the late Rock Hudson died of Aids, actresses that he had kissed on-screen panicked and rushed to get tested. Because so little was known about it at the time, people thought you could get Aids from kissing, from using the same utensils as those that have Aids, from sneezing and so on. It became ridiculous and people with HIV and Aids were ostracised.

Somewhere along the way, Aids became a “Black persons’,” disease and Black people who lost weight or who displayed symptoms (even unrelated) were abandoned and left to die. People thought that Aids could be contracted in a similar way that you catch a common cold. It was a dark time for us until more education and ARV’s came along.

What didn’t happen during this dark period was everyone being compelled to take tests, vilified for asking questions and told to use ARV’s even if you weren’t positive.

We followed the science, the experts, and because they are the ones who have studied and know better, we listened. We listened even in the beginning when they didn’t know much. We trusted doctors and scientists to lead us on this. And lead us, they did. There were educational programs such as “Love Life” on HIV/Aids and doctors and scientists were always in the media. What they didn’t do was tell us, we had no right to question both, the virus, its origins and ARV’s. In fact, they were honest about the side effects of using ARV’s for HIV/Aids.

Now with Covid19, we are again told to follow the sciences, but this time if you question “the science” you are instantly labelled an “anti-vaxxer” who has no problem destroying the world for your principles and being the primary cause of thousands, if not millions of people dying slow, painful deaths. You are vilified and treated like a pre-schooler who dares to question the teacher and instead of the teacher doing what they are meant to do, ie teach, they relegate the child to the “naughty corner,” to reflect on their behaviour.

I wanted to regale you with a story about an incident in my childhood.

I was in Grade 6 being taught by a teacher who believed in everything “American” and constantly used to condemn the Russians. We could have a Math lesson and somehow the big, “bogey man” Russia would enter the lesson. One day he told us about a bomb that the Russians had created that was so accurate that if they didn’t like you, they could press one of those red buttons we see in movies and release a bomb to land in your hand. Communism was bad and Russians were evil, while Americans were good. This was his narrative! The class was silent and wide-eyed and scared as they digested this information. (In my 11-year old mind, the bomb resembled a grenade, as that was the only bomb I had seen). This teacher ended off the tale (he was an amazing narrator) by saying that once the “evil” Russians had programmed this bomb to destroy you, there was nothing you could do. I thought about it for a moment then put up my hand and asked, “what if I just kept my hand closed, surely the bomb would then be diverted or “confused?” Some children sniggered and some looked shocked that I had asked a question, but instead of answering me, his face went blood red and I got called up and in front of the entire class. I was caned (hit on my hands for misbehaving also known as corporal punishment). I was angry and hurt and he shouted at me for daring to question him. Which I felt was unfair and rather than have the desired effect of silencing me, I questioned everything he said for the rest of the school year.

I find the “pro-vaxxers” to have that same attitude towards what is often “innocent questions,” posed about the Covid vaccine.

The outrage is much like I remember from my experience as a naive child posing what I thought to be a valid question to someone in authority. And this leads me to question “the sciences” even more.

After all, I question a doctor when I am sick, so why such an uproar when I question something that is being injected into my body? Why is it that when I have reasonable doubt, I am told to “shut up” and follow the sciences? I have never professed to be a scientist but does this mean I cannot question those that are?

The current situation is that I must accept what is being said without question and if I have a question, I should keep it to myself as I have been told I “influence” people’s thoughts. Let’s say it’s true and I have some influence then surely it would be in the “pro-vaxxers” best interest to change my vaccine hesitancy position to become pro-vaccine?

Why is it that we are told that there is “hardly any side effects” from taking the vaccine when so many people (within my circle only) have personal experiences of terrible side effects? May I remind you that I suffered horrific side effects from the “harmless” flu vaccine!

Does this not justify my hesitancy and quite frankly fear in subjecting myself to a vaccine that doesn’t have as much research as the flu vaccine?

I have even been told I must do it for the “greater good” of the people.

So here’s the thing, I have dependents who count on me to keep them housed and fed so I have another question.

If I take the vaccine and experience the worst side effects than I have with the flu shot, can I count on the “greater good” people to step in and look after the dependents I have that are unable to look after themselves?

Will those same pro-vaxxers who vilify me step up and stand surety, and financially and emotionally support my family with something more than condolences on my Facebook page?

If not, maybe I should wait until the “sciences” have tweaked and tested the Covid vaccine a bit more so I can safely have it done without leaving the dependents in my life homeless?

Every Which Way but Yours

Questions To Be Asked After The Looting and Mayhem 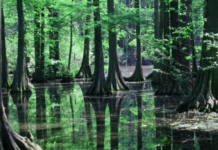 One Piers Over The Cuckoo’s Nest

Questions To Be Asked After The Looting and Mayhem