What have you done for us lately?

What does the most violent country in the world, South Africa, do  (for women, mainly black and brown) to advance women’s equity, equality and rights?

If we were serious about advancing women’s equity, equality and women’s rights in South Africa, we would be doing things a helluva lot differently?

FOB: First Order of Business, we wouldn’t just rely on a “so-called,” “liberal, democratic” constitution that has done nothing to stop the slow-motion, civil war against women in this country. So far as I know, both the law (however advanced) and relying on the “empathy” of men (the empathy fallacy) has only entrenched the brutalisation and servitude of women and hasn’t broken down its systemic and institutional nature, social and cultural praxis.

1. Start by appointing a “Special Rapporteur” on women’s equity, rights and equalities, with executive powers across all the law-making bodies and institutions in South Africa. This person and the committee backing her will take into account the sociohistorical and psychohistorical context of the subjugation of women across at least 500-years. In other words, take a panoptical view indeed.

2. Ideally, rebuild the institutions (the constitution) and all the parliamentary laws around women, their lived experiences and their stories. Women should be writing their own stories and, as a result, the laws that govern them. Leave their abusers (men) out of the loop. They can add “nothing useful” to the story of women.

3. Based on the Special Rapporteur’s findings, the overhauling of South Africa should begin immediately and take no longer than 5 years. This overhauling process should be led by a strong, black female. Ubuntu foundation.

4. Their findings should also include an equity and restitution component insofar as paying women (mainly black and brown) a historical compensation package adjusted for inflation at today’s rate or the financial equivalent in the form of land, shares in any number of SOE’s owned by the state, or a combination of the above.

5. Immediately appoint women to all the senior law-making and executive positions across government, business, commerce and civil society without exception.

Lastly, get rid of Women’s Day; it’s insulting, demeaning, patriarchal, and sustains the ongoing “Marikanaification” of the women in South Africa…

You Asked For It

Everything But The Girl 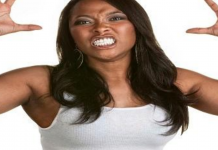