“Thou shalt not be born Black.”

The 10 Commandments pretty much cover everything you should not do, such as;  Thou shalt not kill, steal, envy your neighbour’s wife or goods, and so on. For Christians, it’s meant to serve as a “how to guide” to live. It includes, love your neighbour as you love yourself.

There is an 11th Commandment that I think should be added to this, and that is:

“Thou shalt not be born Black.”

In this life and for the past centuries, being Black has been treated as a sin. It has to be! Why else would there be such vitriol, abuse and hate spewed towards “anything Black.”

Racism was invented to gain power over Black people, their persons, and their properties, so it should not be inconceivable that being Black must be a sin isn’t it? Or maybe, our presence is a reminder of past atrocities levelled against us?

No justice, no peace:

There are 86 400 seconds in every day, and in that, not one second goes by without some Black person, somewhere in the world, being murdered, attacked, insulted, enslaved, beaten, or gaslit. This includes being dismissed as if we are non-human.

Off the backs of 500 years of colonialism, Black people are still being hunted like prey, treated like a plague reminiscent of Biblical days.

Like an abusive partner, we never know what will come our way and when. Even worse, in what manner or form the abuse will be.

On a “good day,” it could just be microaggressions in the workplace, and if that’s all, as traumatizing as it is, then it’s a “good day.”

A horrific day is when people like George Floyd and Armaud Arbery have to die because of hate in white supremacist hearts.

A war is when some young white supremacist drives for hours to open fire on unsuspecting Black people-people who are simply going about their business, trying to get by in an “unsafe” world as safely as possible.

There is a difference in violence against us among gang members because we have learned to identify them and attempt to be as safe as possible when we encounter them.

Violence from police officers, racists, and white supremacists is worse because we don’t know where they will attack. As with Breonna Taylor, we could be innocently asleep and still unknowingly face danger. Besides, how do you hide the “colour of your skin?”

Where does it end?

If being born Black is seen as a sin by those “Bible-bashing” racists, it makes me wonder what would happen should the world no longer have Black people in it?

Where do violence and hate turn against when Black people are no longer the convenient target or outlet?

How much longer will those white people sitting on the sidelines, watching this, be safe from people intent on destruction?

If “being Black” is treated as an abomination-a sin-a monster- what does that make those people who originated from us?

The longer we find excuses for this type of terrorism, the more dangerous it will become, and with Black people “out of the firing line,” they will turn on those closest to them.

Covid, video games, and so on don’t make a killer. His family and surroundings did! Their sense of superiority, borne from hate and ignorance, “emboldened” him to kill.

The talks about “those Black people around the dinner table, social circles and so on gave him the courage to seek out people who hate as he does.

Domestic terrorism in the States is perpetrated by white people!

Given the current statistics above, why is it that Black people are hated the way they are?

Perhaps there should be more focus on Jesus Christ’s teachings of love and not on the local racists running for office or their own churches,  whose focus is on being in positions of power- at the expense of Black lives. Evil won’t stop if Black people are killed off! Evil will turn to whoever is “next in line.” 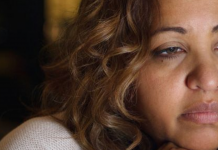 I Am Not An Angry Black woman