Learning to develop applications for Virtual Reality is both exciting and also the most difficult development I have done in my career of ~35 years. Holy crap this stuff is sometimes so difficult you are ready to give up, and then you get a breakthrough and you put that mask on your face and you are mesmerized by the virtual world you created. You might think you will hold onto reality but when everything you see and hear tells you something different – and now with haptic feedback from your controllers – also what you feel.

So it is really difficult to not reach out to catch that ball or dodge the projectile even though in the back of your mind you know it is not real. My device is an Oculus Quest. Facebook owns Oculus. Facebook has been holding back on their dating network. I suspect somewhere a new generation social network is being created that will be the reincarnation of Second Life, the 2003 predecessor of Facebook. Where previously you stared at the poorly rendered avatar that represented you – you will now be immersed in this world. Prefer to be a male/female/somewhere in between today? Click a button and your whole persona will change – and you will have no idea who you are talking to – but complements of real-time lip-syncing whoever you talk to will seem as lifelike as the people around you in real life. This world is coming. Oculus just announced that in 2020 you won’t need controllers anymore. It will track your hand movements. In another corner of cyberspace, a team has managed to create augmented reality that doesn’t need masks. A half-lit room is filled with controllable projections and suddenly the 3D space around you becomes your canvas.

I am not always sure that the psyche of the homo sapiens species that caused evolution to stop for humans by learning how to use objects as tools and weapons – is really equipped for what follows. Think Startrek is just fiction? We are about ten innovations away from making that a reality. What will we find out when that reality arrives? When you understand the size of the universe, you also know that the revelation of the US Navy about aliens is not a surprise. The only unknowns are how common is life in the universe and how far advanced are the civilizations that are ahead of us. So here where I tinker with my virtual reality application I know I am working with the roots of what will one day become the holodeck on a spaceship not unlike what we saw in space movies. Our perception of reality is fragile, our senses limited. It doesn’t take a lot to confuse a human being. Hallucinogenic drugs quickly convince us that we are flying through space or hunting aliens in subatomic spaces. I suspect that there will come a time when I will be thankful that I will not have to see how it ends.

Technology is about to have another explosion and I am not so sure Humanity has evolved far enough on a social level to deal with that because some people are still worried about the “others” – those that look slightly different than them… while they forget that they are the size of bacteria on a speck of dust we call a planet – compared to the size of the universe. As we get more proof of the existence of aliens those barriers will melt away. Every form of human life will be acceptable because we will stare at the vast dark unknown and wonder what is out there, and what is coming our way. If you don’t like change I have bad news for you. The next fifty years will ring in change that we will struggle to keep up with. In all of this, I hope we can hold onto our humanity because it is precious beyond anything out there… for us.
https://youtu.be/2VkO-Kc3vks 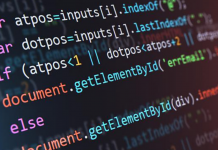 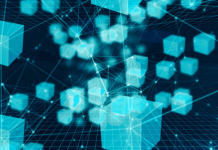 What Is Blockchain Technology?

What Is Blockchain Technology?