From 1976 to 1996, political violence in KwaZulu Natal led to 11 700 deaths and the displacement of up to 500 000 people. The organization and savagery of the conflict led to terror in the province and beyond, and many became refugees in their own local regions.

The bloodshed escalated in the 1980s with the African National Congress (ANC), Inkatha Freedom Party (IFP) and covert elements in apartheid government structures playing leading roles. The ANC and IFP blamed each other for establishing ‘no-go areas’, where members of the opposition entered under threat of intimidation, violence and death. This strongly polarized provincial Black politics, with the conflict carrying all the characteristics of an undeclared civil war.

The Massacre on 21 January 1987 several men armed with AK47 assault rifles killed 13 people, including 7 children, in a house in Kwamakhutha, KwaZulu Natal. At the time Archie Gumede, a United Democratic Front (UDF) leader, claimed that the attack had been aimed at Victor Ntuli, the 21-year-old founder, treasurer and area organiser of the Kwamakhutha Youth League (KYL). He was not home at the time. The KYL was affiliated to the UDF, a leading liberation organization at the time. During this period the IFP feared a loss of support, and the violence of vigilante IFP attacks increased. According to the UDF, Ntuli had been the earlier target of an unsuccessful attack by people he had identified as IFP members.

At the funeral of six of the victims’ mourners were attacked by a group of armed men who opened fire, scattering them without injuring anyone. The Kwamakhuta Massacre sparked off a wave of attacks. During hearings before the Truth and Reconciliation Commission (TRC) the ANC said that the Kwamakhuta incident was one of a number of actions that had been undertaken by the apartheid government to discredit the ANC. This accusation added weight to allegations that it was a “third force” which was pro-apartheid in KwaZulu Natal that caused and perpetuated the entire conflict.

These allegations were proven true during the testimonies from Colonel Eugene de Kock, former commander of the Vlakplaas police unit, and General Magnus Malan, former Minister of Defence. De Kock testified that he had provided assassination squad training and supplied weapons to the IFP. Malan was also alleged to have provided arms for IFP for its conflict with the UDF and ANC. The Kwamakhuta Massacre was supposedly perpetrated by trained assassins.

In October 1995 Tim McNally, Attorney General of Natal, declared his intention to prosecute Malan and other former senior police officials for their involvement in the Kwamakhuta incident. Further arrests followed as the TRC developed. In the words of the TRC’s Investigation Task Board Chair Howard Varney: “A clear picture of an organised network intent on wiping out support for the ANC and fermenting ‘Black-on-Black’ violence assisted by the former NP government”.

The Man behind Black History Month 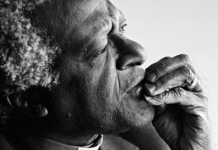