“The Mandela Effect refers to a situation in which a large mass of people believes that an event occurred when it did not. Looking at the origin of the Mandela effect, some famous examples, as well as some potential explanations for this strange confluence of perceptions, can help to shed light on this unique phenomenon.”

Origins of the Mandela Effect:

The term “Mandela Effect” was first coined by Fiona Broome in 2009- when she published a website detailing her observance of the phenomenon!

Broome was at a conference talking with other people about how she remembered the tragedy of former South African president Nelson Mandela’s death in a South African prison in the 1980s.

In 2010, this shared false memory phenomenon was dubbed “the Mandela effect” by the self-described paranormal consultant Fiona Broome.  It was about her false memory of the death of South African anti-Apartheid leader Nelson Mandela in prison in the 1980s. He actually died in 2013, after having served as President of South Africa for one term.

As Broome began to talk to other people about her memories, she learned that she was not alone. Others remembered seeing news coverage of his death as well as a speech by his widow.

Broome was shocked that such a large mass of people could remember the same identical event in such detail when it never happened. Encouraged by her book publisher, she began a website to discuss what she called the Mandela Effect and other incidents like it.

If one looks at the global, psychohistorical pathologies of white people- how they are socialized, re- socialized in the overlapping environments of “work and play”- their exposure to heterotopian societal affirmations of “uniqueness,”-their underlying pathology of “cognitive dissonance” in the context of the systemic racial inequalities, white people are psychologically ensnared by the “Mandela Effect.”

The average white person can quite comfortably go through the whole of his or her life and not make the connection between their success across all areas of their lives and the oppression and dehumanization black and brown people experience daily.

If this wasn’t “real life,” it could have so easily been scripted by a top Hollywood writer and be named “The Truman Show” part II till forever!  Because one of the most intransigent aspects of white supremacy, whiteness and racism is the inherent ignorance of its beneficiaries, commonly known as white privilege.

This is both stunning in its completeness and exasperating for the oppressed. How is it that white people are incapable of seeing something as “in-your-face” as the oppression of the vast majority of humankind in black and brown people?

How is it possible for them to overlook the preventable deaths of millions of people worldwide through poverty and disease we’ve found cures for many years ago?

Is it at all possible that white people, as a result of the vast, intertwined, multi-layered tiers of sociohistorical systems deliberately designed to benefit them are the most conditioned people in human history in an extremist, Pavlovian kind of way?

I don’t have the answers, but I do know that our work as human rights and social justice advocates has only now just begun. 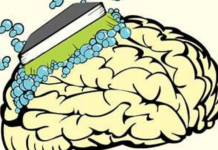