The murder of Jacoba “Bubbles” Schroeder, the ‘good-time-girl’ as she was called by the papers, was a murder that caused a sensation in South Africa for years and remains unsolved.

The 18-year-old girl was found strangled in a plantation adjoining the Wanderers Club in Johannesburg. Everyone called her a “good time girl” but that is blaming the victim for what happened to her. This case needs to be re- looked at by a forensic team who can scrutinise the evidence and hopefully Jacoba Schroeder can finally be laid to rest.

On August 15 1949, Schroeder was drinking with friends including David Polliack and Hyman Liebman at Polliack’s mansion in Illovo.

According to the Sunday Times an intoxicated Schroeder asked to be taken home and Liebman agreed to take her.

According to evidence presented in court Schroeder became unruly, she had allegedly wanted to drive but Liebman refused because it was a new car.

Thirty hours later she was found dead. After two months, the police arrested Liebman and Polliack.

When the police could not show the Johannesburg Magistrate’s Court on what charges Polliack was arrested, he was released.

The States’ case against Liebman also fell apart after it became clear that there was insufficient evidence against him and he was released.

So many years have passed and the murder of Jacoba “Bubbles” Schroeder remains unsolved. Surely by now with forensics and better equipment to investigate the case, it should be re-examined? A new investigative team should be combing through the evidence (if it is still available) because there could be DNA that could be tested and may cause a break in this unsolved mystery.

Cold cases should periodically be looked at as technology advances. 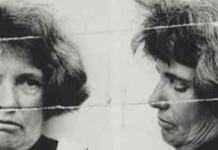 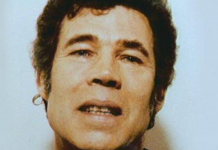