Home Philosophy War Of Words: Language As A Viable Tool For Communication

The great Prussian linguist and philosopher and the man who gave us modern teaching methods, Wilhelm Humboldt once said; “language expresses the inner life and knowledge of its speakers, and that languages must differ from one another in the same way and to the same degree as those who use them. Sounds do not become words until a meaning has been put into them, and this meaning embodies the thought of a community.”

Thought, language and communication is the trinity or troika that upholds, promotes and advances proofs of human rationality, though not proof that we as a species ca think, but that is another subject entirely. Language is made up of these five main components; phonemes, morphemes, lexemes, syntax, and context. Along with grammar, semantics, and pragmatics, these components work together to create meaningful communication among individuals.

A language is a living socio-cultural phenomenon which grows, develops and transforms as people develop and transform. A people develop a language appropriate to their needs and environment. Such a language serves them as a medium for communication, the transmission of knowledge, culture and values, and the articulation of their worldview. In this regard, various languages can be said to be equal in so far as each serves adequately the fundamental language needs of its linguistic group. It can be said that the more advanced the people are, the more advanced the language is, so in a sense, an advanced language is indicative of the peoples’ levels of sophistication.

Think of it this way; a thought pops in your head, you have no idea what the origin of that thought is, it gets filtered through billions of files, meta and beta programs that you have accumulated over your lifetime all carried into your subconscious via your five senses which experiences the world differently and aren’t necessarily interconnected. You propose to transmit this thought and use the phonetic and verbal carrier, say English because that is your home language. Its obvious limitations are the 26 characters that you are bound to use. Once the first word escapes your mouth and the other person of the same gender, race, creed and sexual persuasion as you hear it, the process is now automatically reversed in his head. He now sits with the problem of decoding your message through all the barriers and obstacles related earlier.

Imagine that the topic is contentious, say the results of a football match between opposing teams, a discussion around religion, his or her sexual persuasion, their drug use, their perceived sexual promiscuity, their adverse social conduct, a discussion about their character or a heated debate on issues of race if you perceive the other person to be a racist? Now the added difficulty of one’s feelings enters the fray and that amplifies the difficulty factor by an order of magnitude.

The previous example may be among friends but suppose it is between sworn enemies or implacable foes? The possibly successful communication and agreement stemming from that communication plummets faster than the melting polar ice caps. This scenario becomes incomprehensibly more difficult when the parties are at war with each other, stretching across the vector from “a war of words” to a desire to exterminate an ethnic group and every possibility in-between. Now it enters the sphere of the abstract apropos our ability to deal with it in any meaningful way, so how do we do it then?

I do not have the answers and can only say that I think it is a small miracle that opposing fans of two football sides attempting to discuss the results of the latest match don’t come to blows earlier if not all the time? This miracle is greatly amplified when we consider the “cold war” between the East and the West and that both sides possessed WMD, “weapons of mass destruction” on an unfathomable scale capable of destroying our fragile planet several times over? Maybe at some point in the future, linguists, philosophers, psychiatrists and psychoanalysts should look at the link between language, compassion and human empathy; who knows, they may just have struck the most significant vein of study that may lead us to understanding each other better and in so doing, save the damn planet and the human race and life as we know it…. 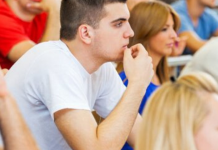 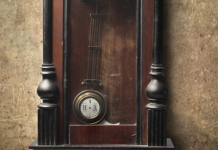