A few years ago I saw that an old childhood friend of mine had joined a Facebook group called Afrikaners Against Racism (that’s what it was called before being renamed to FAIR). To me it seemed like an unusual and unexpected plot development in a story. That was not a phrase I’d expected to see, ever. Afrikaners, to my mind, had always been for racism. In fact, at the time I was adamant, and it was my mantra, that I’d never met a nice or a non-racist Afrikaner in my life. Why? Because it was 100% true.

My experience with Afrikaners had always been negative, ever since I was young. In fact, right now, as I’m nearing 50, I can say with conviction that my mantra still holds with all Afrikaners I’ve met in real life.

My intention was to give Afrikaners an insight into my experience as a so-called Coloured, because they’d never been interested in people of colour except as a source of labour. The same way that no one cares about the inner life of any sentient being that is not human. We were part of the furniture. We were peripheral characters in a movie, the guards outside the kingpin’s mansion that get killed by the good guys without anyone questioning their worth as humans. Did those guards have families? Did they grow up in conditions that forced them into a narrow career path, like working as a security guard for a drug lord? Why does no one care that they get mowed down en masse? And why does that movie keep getting made? The social position of people of colour was normalised long before any of us arrived on the scene, so perhaps it’s normal that no one questions the status quo – but it is also in the best interest for a certain group of people (let’s call them ‘white people’) that no one talks about it…to be continued 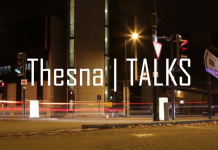 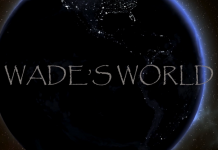