Home Economics What is Georgism?

Georgeism, also called in modern times Geoism and known historically as the single tax movement, is an economic ideology holding that, although people should own the value they produce themselves, the economic rent derived from land – including from all natural resources, the commons, and urban locations – should belong equally to all members of society. Developed from the writings of American economist and social reformer Henry George, the Georgist paradigm seeks solutions to social and ecological problems, based on principles of land rights and public finance which attempt to integrate economic efficiency with social justice and what we in South Africa would understand as equity, fair land distribution, and development.

Georgeism is concerned with the distribution of economic rent caused by land ownership, natural monopolies, pollution and the control of commons, including title of ownership for natural resources and other contrived privileges (e.g. intellectual property).

Any natural resource which is inherently limited in supply can generate economic rent, but the classical and most significant example of land monopoly involves the extraction of common ground rent from valuable urban locations. Georgists’ argue that taxing economic rent is efficient, fair and equitable.

The main Georgist policy recommendation is a tax assessed on land value, arguing that revenues from a land value tax (LVT) can be used to reduce or eliminate existing taxes (such as on income, trade, or purchases) that are unfair and inefficient. Some Georgists also advocate for the return of surplus public revenue to the people by means of a basic income or citizen’s dividend. This is a modified and higher form of SASSA grant for all the citizens of South Africa.

In effect, a living wage simply for being a citizen of the country with all the services, like free education and healthcare.

The concept of gaining public revenues mainly from land and natural resource privileges was widely popularized by Henry George through his first book, Progress and Poverty (1879).

The philosophical basis of Georgeism dates back to several early thinkers such as John Locke, Baruch Spinoza and Thomas Paine. Economists since Adam Smith and David Ricardo have observed that a public levy on land value does not cause economic inefficiency, unlike other taxes. A land value tax also has progressive tax effects. Advocates of land value taxes argue that they would reduce economic inequality, increase economic efficiency, remove incentives to underutilize urban land and reduce property speculation.

The tax upon land values is, therefore, the most just and equal of all taxes. It falls only upon those who receive from society a peculiar and valuable benefit, and upon them in proportion to the benefit they receive. It is the taking by the community, for the use of the community, of that value which is the creation of the community. It is the application of the common property to common uses. When all rent is taken by taxation for the needs of the community, then will the equality ordained by Nature be attained. No citizen will have an advantage over any other citizen save as is given by his industry, skill, and intelligence; and each will obtain what he fairly earns. Then, but not till then, will labour get its full reward, and capital its natural return.

So what exactly does this mean in the South African context and how will it benefit our people?

Georgeism operates from the axiomatic principle that all kinds of poverty are economic constructions due to the nature of Capitalism. In other words, there is no such this a capitalism, but rather, we are broadly governed by capitalism with many variations falling under that particular economic system. Think the US vs China vs say Norway?  And yes, it is time we started seeing any economic system as a form of government.

Georgeism argues that all the people born in a country are the automatic and natural heirs to all the wealth that country offers both below the ground, above the ground and in the sea.

Georgeism sees no contradiction in offering people a UBI, a Universal Basic Income which will eradicate poverty immediately, and the vast number of “tax breaks” corporates and the wealthy receive from governments around the world. They just call it different things, but, in principle, it amounts to the same thing.

Georgeism sees no contradiction in funding that UBI through a “fixed” dividend or tax received from the renters of land, as long as there is common agreement on the implementation of the system.

This is actualized daily in our lives by our acceptance of “fiat” currencies. Our common consensus of our currency, our willingness to trade with it and work for it at X price for the cost of our labour imbues it with value.

Example: Company A wishes to mine for gold in Gauteng province, they have to pay our government for a licence to mine, similar to the licences the mobile networks like MTN and Vodacom had to pay the ANC government. Company A then funds all of its infrastructure and starts mining the gold for sale locally or elsewhere. Company A is charged a fixed, but flat tax of say 50% for every ounce of gold mined.

This is held by the treasury and is used in the following ways:

1. To fund a small, but efficient government or to fund itself for revenue collection.

2. To fund free education and the maintenance of the educational institutions up to university level.

3. To fund free healthcare for all its citizens across all medical conditions, to fund R&D and the purchases of drugs, medicines and medical equipment from overseas.

4. The remainder of the monies generated from the fixed tax or flat rate Company A pays the treasury is distributed evenly amongst all its citizens regardless of wealth, social standing, race or gender. This principle can be extrapolated multiple times across all industries and commerce.

What this does is eradicate all other taxes for a uniform, single-tax system and reduces the size of the government and its bureaucracy by an order of magnitude.

Indeed, citizens themselves are also charged a single tax for their properties (residences and/or businesses), and the size of the tax is measured by the perceived “market value” of the properties owned. Again, this eliminates all other property taxes and is more equitable and demonstrably fairer?

That is why I’m a Georgeist, because it is the only economic system that neatly aligns with the African philosophy of Ubuntu. 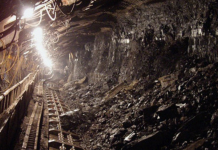 China and The OBOR Part 1